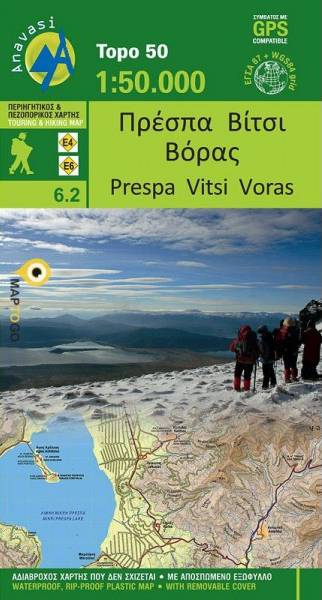 The Prespa area, a basin containing the lakes Mikri (small) Prespa and Megali (large) Prespa extends across the borders of Albania, Greece, and FYR of Macedonia. Significant parts of the lakes and adjoining wetlands in the territories of Greece and FYR of Macedonia are protected as Nature Park (Ramsar Sites). It a region of high biodiversity with more than 1,500 plant species, and endangered mammals including brown bears, wolves, chamois and otters. The area is especially important for water birds, notably the largest breeding colony of Dalmatian pelicans in the world. The 1:50.000 map comprises also Mt. Varnous (Peristeri) with extensive pasturelands, Mt. Triklari (Sfika) and Mt. Vitsi (Verno) a relatively unknown forested massif extending between the towns of Florina and Kastoria. A ski resort operates on its northern slope. Another highlight of the area is the traditional village of Nymfaio with its impressive stone - built houses founded by Vlach traders. 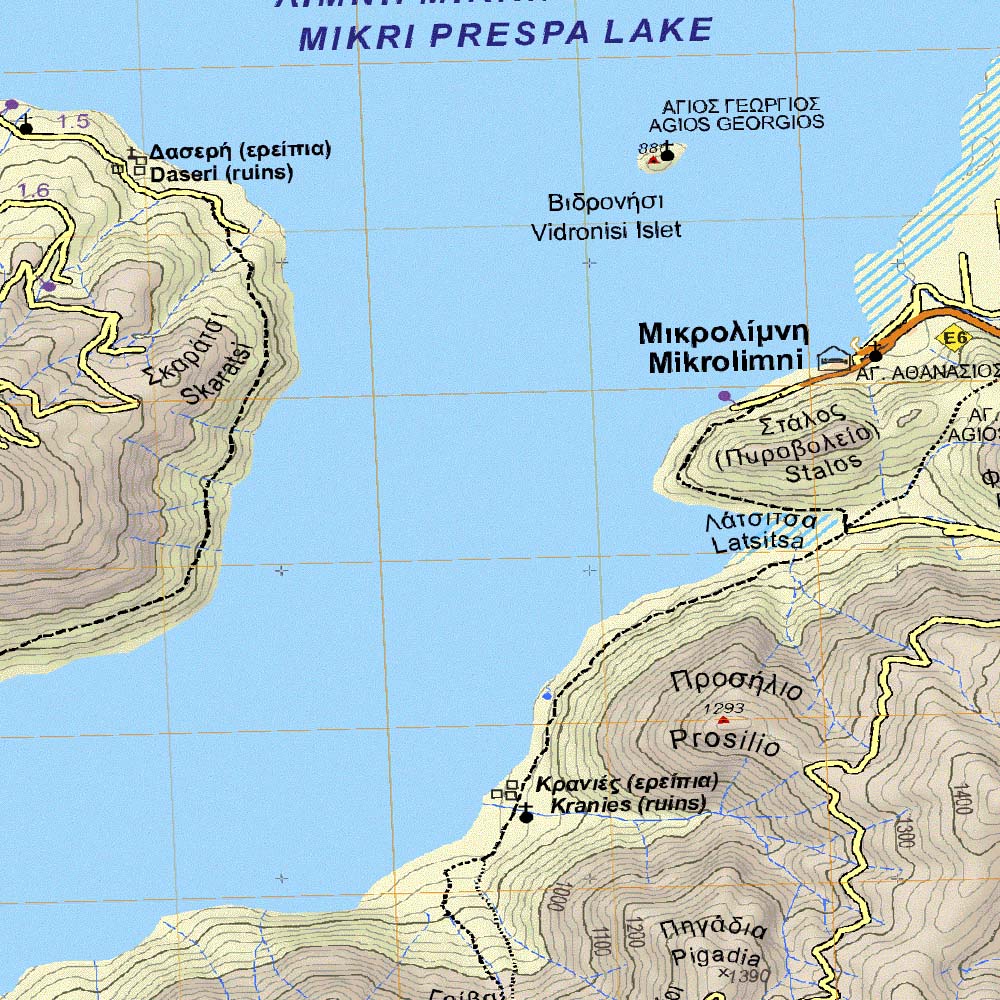