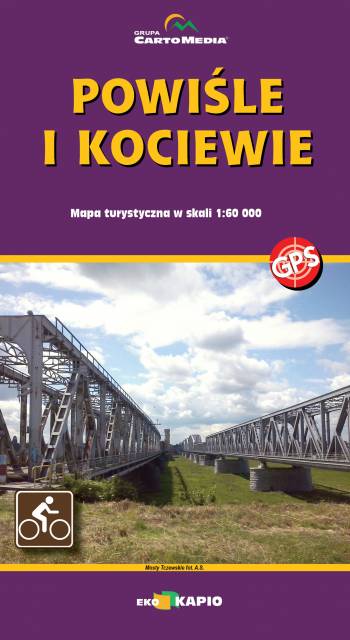 The map of Kociewie and Powiśle in the western part covers the area enclosed by Skarszewo in the west, Kwidzyn in the south, Malbork in the east and Tczew in the north. The map provides a detailed depiction of the area, including trails and tourist attractions. On the map of Powiśle and Kociewie you will find, among others, the Powiśle Castle Route, the Grzymisław Route, EuroVelo 9 and the Kopernikowski Route.

Kociewie is an ethnographic and cultural region in Gdańsk Pomerania, located on the left bank of the Vistula River in the Wda and Wierzyca river basins, covering the eastern part of the Tuchola Forest. Approximately Kociewie is located in the area of the present Starogardzki, Tczewski and northern part of Świecki counties, inhabited by approximately 350,000 people. Some of the region's inhabitants speak a Kocievian dialect. 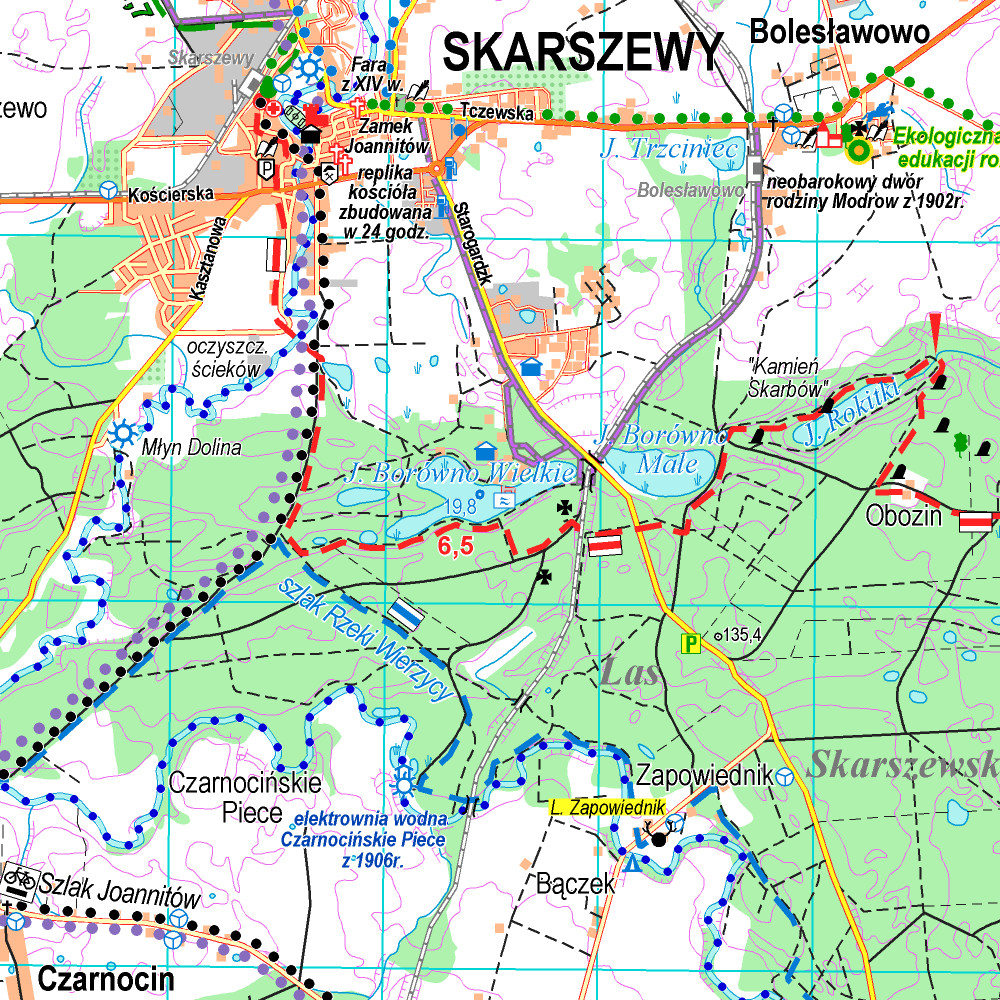