Lake Tisza, also known as Kisköre Reservoir, is the largest artificial lake in Hungary. It is located at the southeastern edge of Heves county. As part of the ongoing Tisza River flood control project, the Tisza Dam was built in 1973. The lake is 27 km in length, with an average depth of 1.3 m and a maximum depth of 17 m; it contains 43 km² of small islands. Following the reservoir's completion, Hungarians began to flock to the site for holidays, since it compared favorably with the crowded and expensive Lake Balaton, the traditional holiday site. As a result, tourist infrastructure has been developed on the reservoir—renamed Lake Tisza—and the government has designated it an official tourism destination. The lake (or reservoir) has a new local ecology with a diversity of birds, plants, and animals. (wikipedia.org) 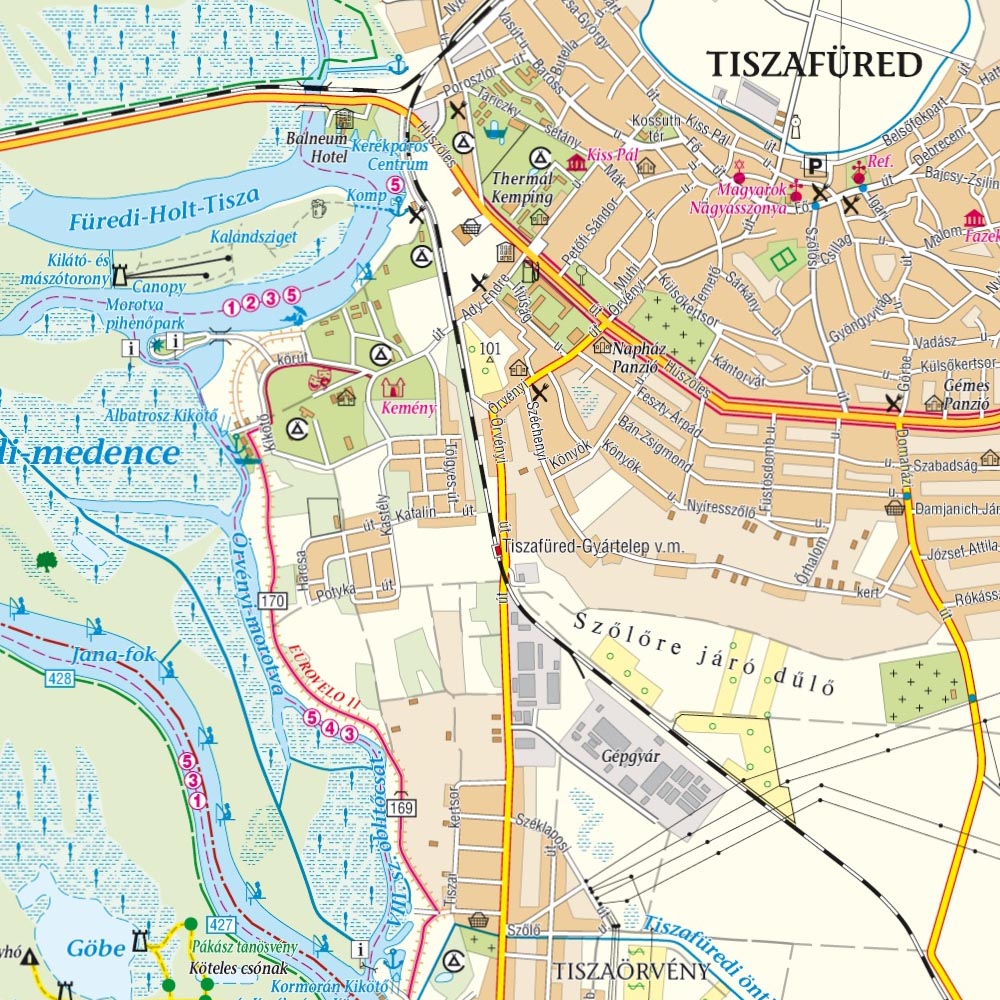