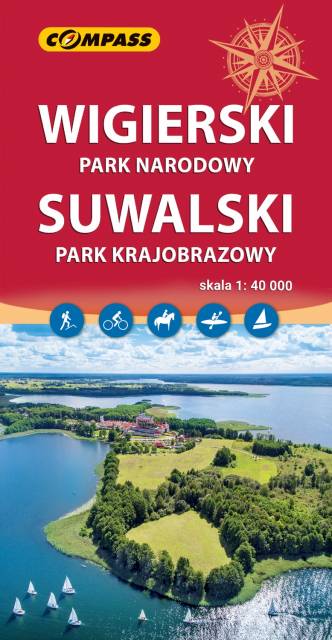 Wigry National Park is a National Park in Podlaskie Voivodeship in north-eastern Poland. It covers parts of the Masurian Lake District and Augustów Primeval Forest (Puszcza Augustowska). It is named after lake Wigry, the largest of the Park's many lakes. The Park’s landscape was to a large extent shaped by a glacier which covered this region around 12,000 years ago. Southern part is flat and is mainly covered with a forest, which is part of the broader Puszcza Augustowska.
The Park is famous for its numerous lakes.

The map range: Wiżajny to the north, Skajzgiry to the west, Blizno lake to the south and Pogorzelec to the east.