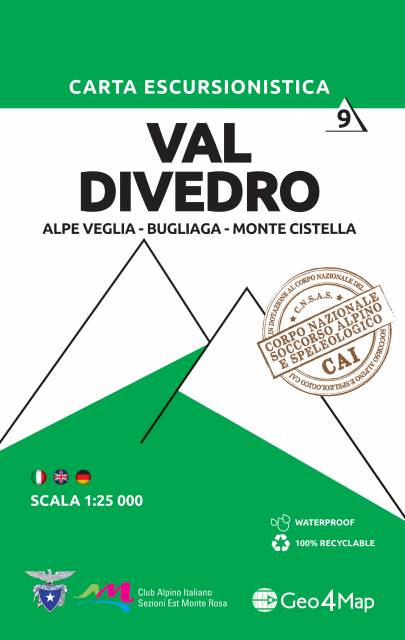 The map in detailed scale presents popular tourist area of Italian Alps, situated to the west of the lake Maggiore, in north-western Italy, Piedmont, in Domodosolla region. The Simplon Valley (Val Divedro) is situated between the Pennine and the Lepontine ranges. It is drained by the Diveria or Chrummbach, a tributary of the Toce at Crevoladossola. The most important pass in the valley is the Simplon, connecting Brig to Domodossola. The valley is politically divided between Switzerland and Italy. The upper western part belongs to the Swiss canton of Valais and the lower eastern part belongs to the Italian region of Piedmont. The international border runs from the Camoscellahorn to Monte Leone, reaching an altitude of 800 metres at valley floor. The main localities are Simplon, Gondo (Switzerland), Iselle and Varzo (Italy). (wikipedia.org)

Geo4Map  is the leader company  in the cartographic processing. Founded in 2009 as a spin-off of Istituto Geografico DeAgostini, acquired in 2015 the cartographic and geographic sector. This map is part of a publishing collection announced in 2014, dedicated to hiking and other outdoor activities, in scale 1:25 000. All the maps from this collection are realised with the collaboration of the local sections of CAI (Italian Alpin Club) to guarantee correct information about the footpaths. The contents (legend, notions about first aid and orientation) are translated in Italian, English and German, the intuitive symbols allow a clear readability and comprehension of the maps, also to inexperienced hikers. The Corpo Nazionale del Soccorso Alpino e Speleologico del Piemonte (Alpine Rescue of Piedmont) chose the cartographic bases of Geo4Map as updated and detailed instrument to work with. 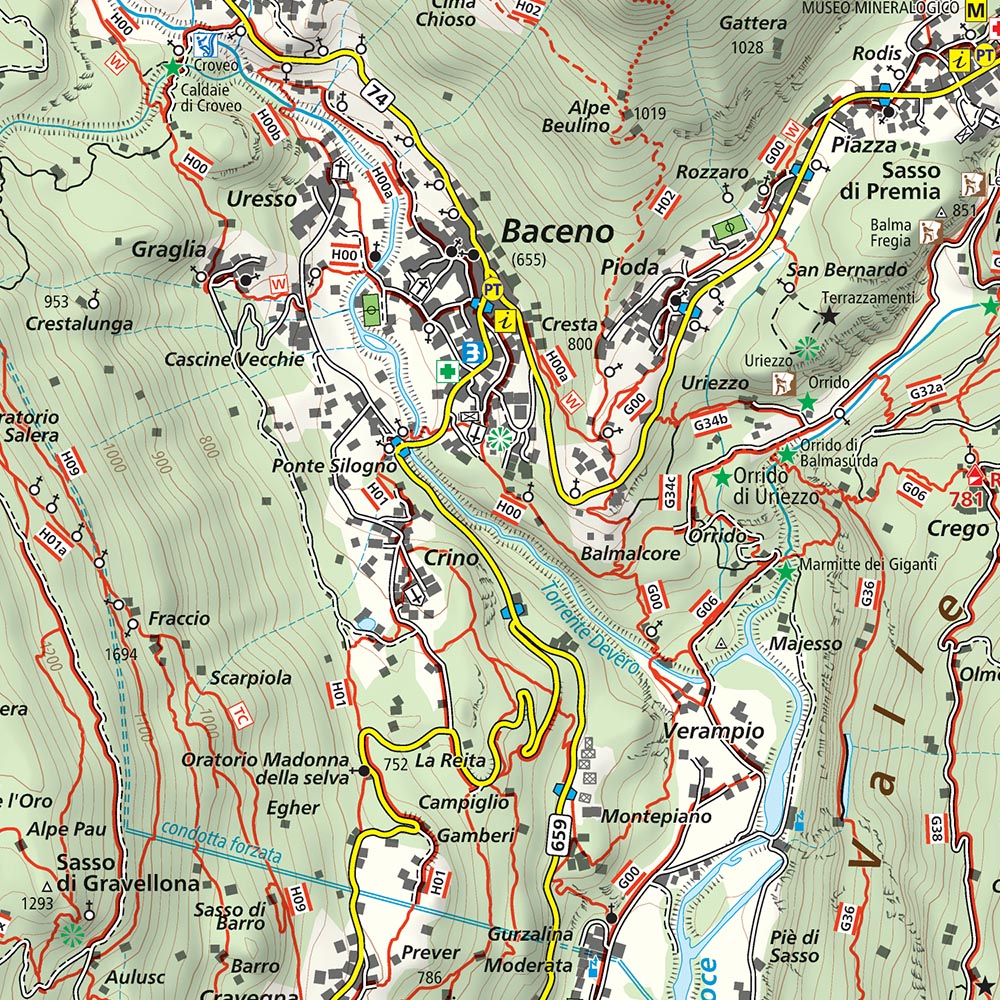