Brno is the second largest city in the Czech Republic by population and area, the largest Moravian city, and the historical capital city of the Margraviate of Moravia. Brno is the administrative center of the South Moravian Region in which it forms a separate district. Brno has hundreds of historical sights, including one designated a World Heritage Site by UNESCO, and eight monuments listed among the national cultural heritage of the Czech Republic. The city has the second largest historic preservation zone in the Czech Republic, the largest one being that of the Czech capital Prague. The most visited sights of the city include the Špilberk castle and fortress and the Cathedral of Saints Peter and Paul on Petrov hill, two medieval buildings that dominate the cityscape and are often depicted as its traditional symbols. Other tourist places near the city are e.g. Veveří Castle by Brno Reservoir, Slavkov palace, Benedictine monastery in Rajhrad, Porta Coeli monastery in Předklašteří near Tišnov. Brno is surrounded by wooded hills on three sides. The region is also an important wine-producing area. 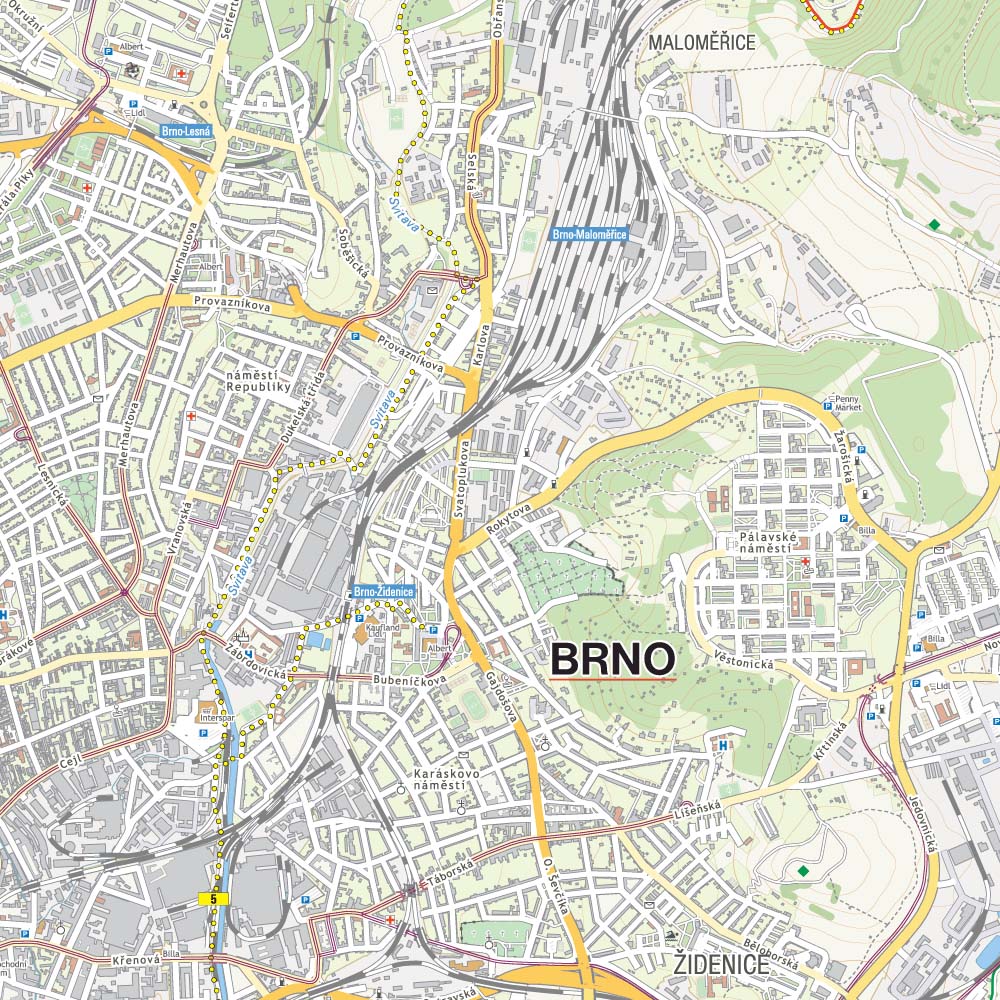