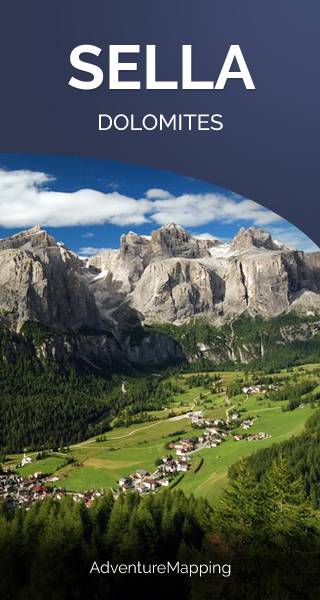 The Sella group is a plateau-shaped massif in the Dolomites mountains of northern Italy. The Sella lies north of the Marmolada and to the east of the Langkofel. The highest peak is Piz Boè at 3,151 m above sea level. The Sella lies between the four Ladin valleys of Badia, Gherdëina, Fascia, and Fodom and is divided between the provinces of South Tyrol, Trentino and Belluno. It can be driven around by car crossing the Campolongo Pass, Pordoi Pass, Sella Pass, and Gardena Pass. In winter it is possible to ski around the entire massif by using the Sella Ronda ski lift carousel. (wikipedia.com) 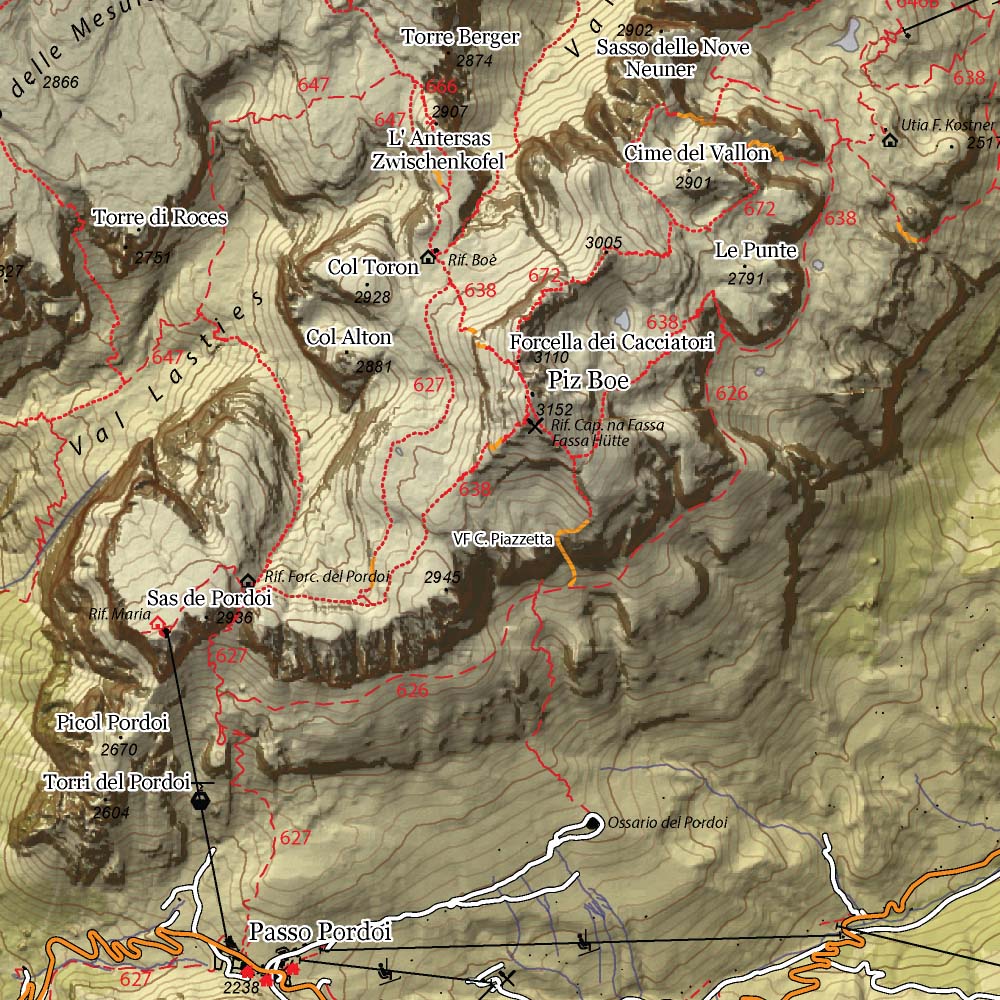