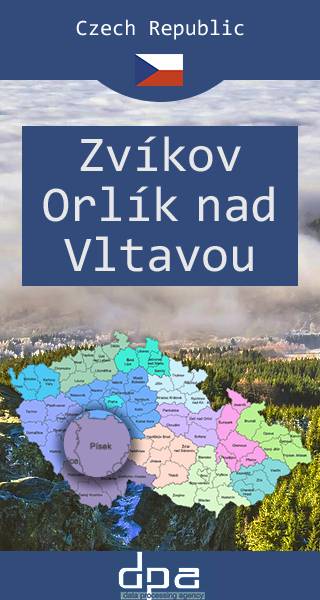 Map presents region of two famous bohemian castles in the South Bohemian Region. Zvíkov, often called "the king of Czech castles", is a castle at the junction of the Vltava and Otava rivers. It stands on a difficult-to-access and steep promontory above the confluence of the Vltava and Otava rivers. The castle is one of the most important early-Gothic castles in Czech lands. The current castle was built in the first half of the 13th century, most probably on the orders of King Přemysl Otakar I, but the exact date is not known. Orlík nad Vltavou stands right adjacent to the water and is surrounded by a huge castle park and a game preserve. The property belongs to the House of Schwarzenberg, but during the summer months it is open to public on most days. 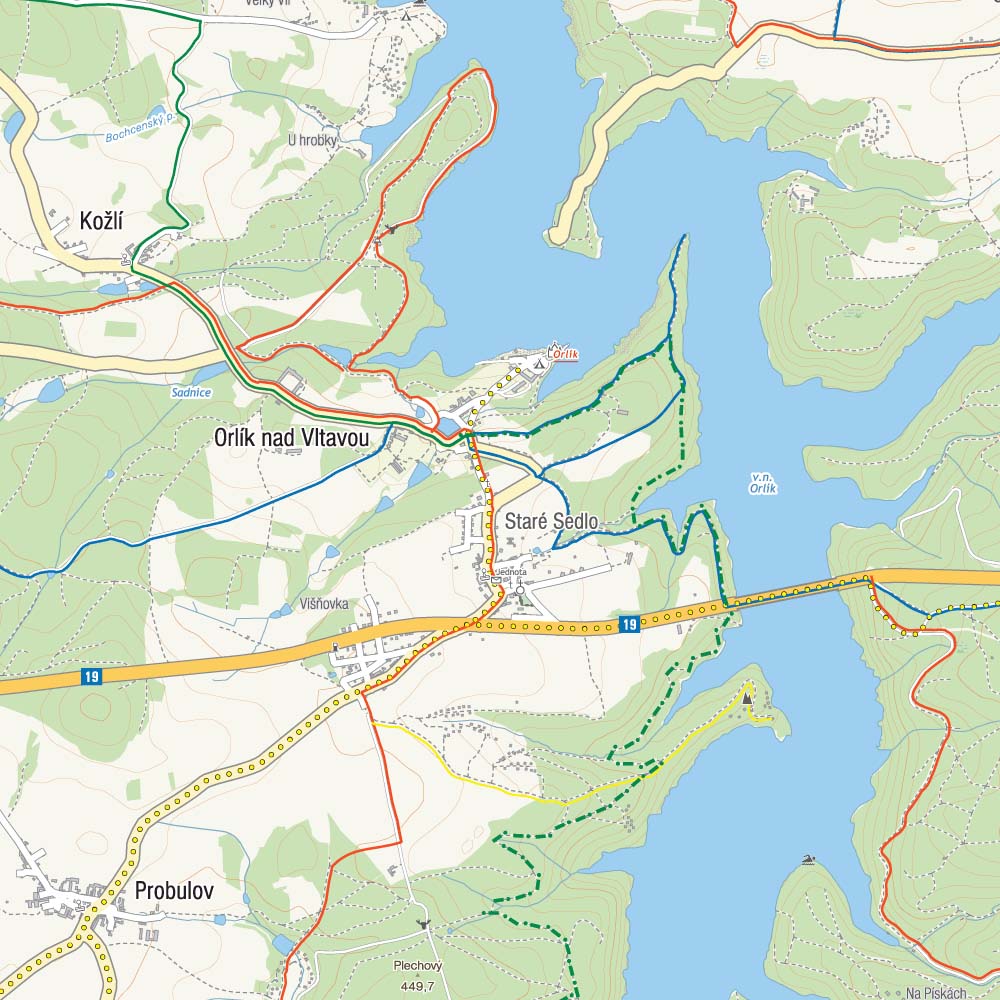