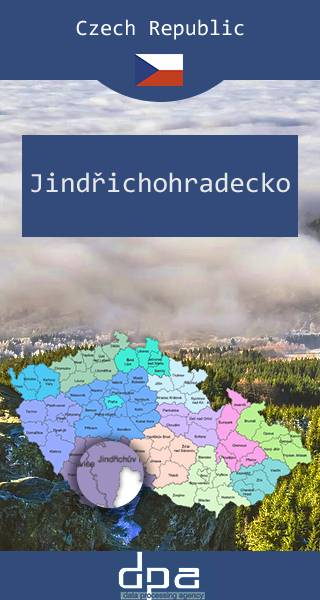 The area of Jindřichův Hradec city is a part of South Bohemian Region of the Czech Republic. To the east, about a fifth of the region, including the historical towns of Dačice and Slavonice, historically belongs to Moravia. Most important attractions covered by the map are: Červená Lhota Castle, Třeboň - a historical town with a castle, Stráž nad Nežárkou; Landštejn Castle, Staré Město pod Landštejnem - one of three remaining Romanesque castles of Bohemia, open to the public from April through October. 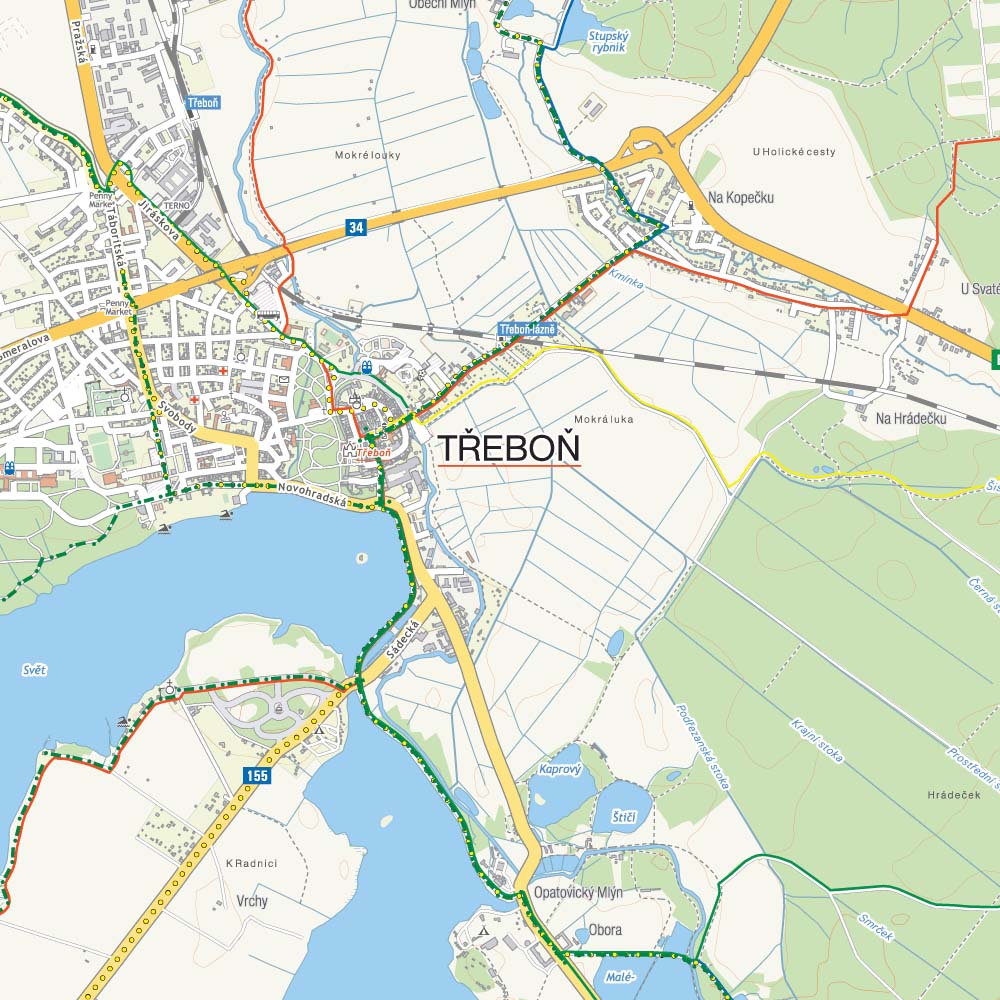