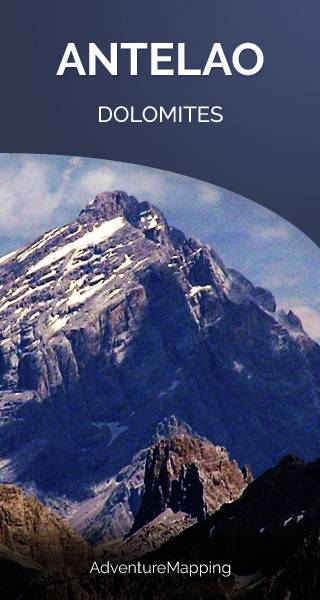 Monte Antelao (3264 m) is the highest mountain in the eastern Dolomites, in northeastern Italy, southeast of the town of Cortina d'Ampezzo. It is known as the "King of the Dolomites". (Marmolada, the highest of all the Dolomites, is the "Queen"). Like many Dolomite peaks, Antelao is steep, rocky, and pointed; it also sits close to the edge of the Dolomite uplift and so has dramatic drops to the nearby valleys. The easiest route is from the north, known as the "Laste", a steep, narrow ridge. It involves a good deal of exposure, and a few short technical sections, such as a chimney, protected by cables. (wikipedia.com)